5 Things a Student with Autism Wishes His Teachers Had Known If students are like flowers, then students with Autism Spectrum Disorder (ASD) are a unique and extraordinary part of the garden that is a school. At first, we may seem out of place – our differences stand out and you can’t take your eyes off us. However, you will quickly come to realize that what makes us special can ultimately better the bouquet.

From those who tried to force off my thorns, to those who simply left me to wilt, I definitely had my fair share of ill-prepared teachers while growing up as a student with Autism. After sitting down to write this article, I realized that there were many things I wished my teachers had known when I was in school. So here are 5 tips to help you help your students with ASD grow and thrive.

Yes, people with ASD can be great at math. We can be awesome with programming and we might even be good at everything else your iPhone has an app for. But, we’re also more creative than we are often given credit for – as demonstrated by recent studies into ‘the paradox of creativity in autism’ (Best, Arora, et al.). Despite this, there is a huge misconception that all students with ASD are built for stats and science, and this can often result in many of them being steered away from subjects in which they might have excelled.

For myself, this occurred during school when I was removed from art classes due to becoming visibly distressed at the lack of precise definition in the lessons.  Instead of providing me individualized support and accommodation, I was excluded from this essential outlet to explore my creativity during the school day. As such, it wasn’t till I created my blog that I realized that not only could I be imaginative but, as it turns out, I wasn’t half bad at it. The lesson here isn’t that all children with ASD should become bloggers though; it’s that we shouldn’t be stereotyped into fields that are purely based on facts and figures.

People with ASD aren’t mind-readers and can struggle with interpreting and understanding actions. Of course, this isn’t any great secret, which is why many tips for teaching students with Autism will encourage you to be as definitive as possible when giving instructions.

Now, I’m not going to say this is bad (because it’s not), but it’s often the case that when many see the phrase “be definitive” they will rely on using examples to teach. This is a problem for people with ASD as, due to our practical minds, we will often only take the outcome away and overlook the nuance and process, limiting the creation of a holistic understanding that drives new knowledge acquisition.

Educators can avoid this shortfall by working at a 1-on-1 level with a student with ASD, coaching them through a task from start to finish. Ensuring that actions are understood over repeated is crucial here and, while it may seem time consuming at first, it’s no different from the old ‘teach a man to fish’ saying –  your options are either to give us your full attention and sit down with us once, or give us fleeting support and prepare to sit with us again and again.

Imagine that you’re asked to complete a puzzle with 8 pieces. When you finish, the examiner says “Well done. You’re really smart,” and then offers you the option of doing another 8-piece test or one with 16 pieces. According to multiple studies (Dweck, 2006), you’re more likely to go for the 8 piece again in order to avoid the possibility of embarrassing yourself in front of the examiner who gave you praise. On the other hand, if that examiner had said “Wow, that looked tough, but you got there in the end,” (or something along those lines), it’s more likely that you would take on the 16-piece puzzle.

This is the difference between a fixed mindset and a growth mindset – something which is incredibly important to consider when teaching people who are very literal, such as students with Autism.

This was certainly the case for me growing up. After I was told that I was a ‘math whiz’ in my early years, I stopped trying to learn new things and thought I would always remain the best (which gave me a nasty shock when I changed schools). Ensuring that people with ASD always know there is room to improve is instrumental in guaranteeing that we do so.

One of the classic misconceptions surrounding students with ASD is that when we have a meltdown and become disruptive, we are intentionally causing trouble for ourselves and those around us. This is well and truly, positively and precisely, unfathomably wrong (and I still don’t think I have stressed that enough).

In reality, a meltdown is when our minds have become overloaded/overwhelmed and, instead of knowing that this is the moment to take a break, our bodies instead shutdown and ‘reboot’ in our most natural state: the fight or flight mode. As most are aware, this can cause quite a disturbance and be very upsetting for all those around. However, it’s not more upsetting for anyone than the person with Autism themselves.

When this does happen, it shouldn’t be seen as an opportunity to punish or scold the actions of your student with ASD, but to step up, offer support, and identify intervention strategies for that student in the future.

Take a moment to consider if the meltdown was:

Either way, the one constant is that throwing us out of the classroom won’t help. That’s why, when dealing with a meltdown, always remember to tackle the cause and not just the response.

5. Teach us to embrace Autism

I spent most of my early childhood keeping my Autism a secret, locked away with the fact that I often wore pajamas under my school clothes and that I was still watching (and loving) Dora the Explorer until the age of 16. This need to hide the real me meant that I was far too busy disguising my Autism to learn, and it often resulted in me pretending to be sick or purposefully disconnecting from my peers.

Of course, teaching a child with Autism to avoid this by embracing their condition is not quite as simple as a motivational speech – after all, Autistic or not, what adolescent is 100% comfortable with their identity? But small tricks like giving students with Autism a safe space to recharge our batteries and lending an ear when we seem upset can often be enough to hold us over until we find our own way. Compared to the previous 4 tips, this may not seem like much. However, just like teaching students without ASD, teaching someone with Autism is about giving us the tools to succeed and then helping us find independence.

Though students with ASD often come to school possessing their own unique tools of success, they can often suppress them in pursuit of fitting in.  This means that to help a student with Autism reach their full potential, we need educators who will look beyond simple book learning; who will guide us while we learn to see our sometimes obsessive personalities as unparalleled concentration, our often irregular approaches as inventive problem-solving, and any and all of our other differences as the strengths they truly are. James Sinclair is an avid autism advocate who, when he’s not playing the latest Pokémon game, is busy finding the positive in every diagnosis. As an advocate, James has had previous speaking opportunities at The British Parliament and at Cambridge University and his writing has been featured in Reader’s Digest, Metro Newspaper and his self-founded site Autistic & Unapologetic. 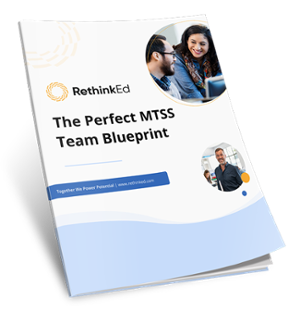